Cults: Religions Made in America

Today it’s so hard to buy an item that’s “Made in the USA.” As I start lecturing on Christianity and the Cults (APOL 325), I’ve been wondering why most of the major cults can be termed as religions “Made in the USA!” Mormons, Jehovah Witnesses, Christian Science, Unification Church, Seventh Day Adventists, and the New Age Movement… even cults with eastern beliefs like Zen Buddhism, Hare Krishna, Nation of Islam, or the Baha’i faith have all been remade in and adapted for the American Christian. I find an environment in the US that is conducive to the growth of these cults. Having grown up in India and now working in the US, I perceive certain attitudes that have had a push-pull factor allowing leaders of cults and their followers to establish their own religion in America. And by religion, I mean ways to satisfy human yearnings—especially for divine experiences and acceptance within affirming communities.

A “cult,” for Charles Braden, is “any religious group which differs significantly in one or more aspects as to belief or practice from those regarded as the normative expressions of religion in our total culture.” Considering historical Christianity, Walter Martin rightly defines a cult as “a group of people gathered about a specific person or person’s interpretation [I would add misinterpretation] of the Bible.” So why is it that the US continues to spawn cults or new religious movements? It is vital to understand how in order to identify, confront, and engage with cults. However, here we will explore the question: Why is it that new religious movements readily start up and thrive in America? 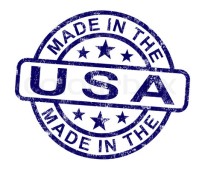 We could start with the reason that the majority of people worldwide have for coming to the US: the American Dream! It’s that opportunity and the real potential to be able to be all that you can and to achieve whatever you want—if you are willing to do it. There is certainly a sense of adventure in the US. After all, it’s the land of the free and the home of those who are brave enough to do hard things. This includes finding new and better ways to worship (literally, awed by) your God, gods, spiritual realities, material things, and hey, even yourself!

The organized religion the pilgrims brought to native America was essentially a Protestant form of Christianity. I am convinced it will remain an individualistic faith and a sociological phenomenon. Sunday church is what all good citizens—including the president—attend to fulfill their rites of passages for family and friends. But socio-political and economic paradigm shifts quickly made America a post-Christian nation with relative moralities and a loss of absolutes. Though the word “church” has a bad press, people still want to belong and believe in something.

People are tired of man-made forms of religiosity that is legalistic, dogmatic, and condemning. But in another way, they are themselves becoming what they detest. Given the freedom, individual rights, and an open spirit to explore, the average American likes “McDonaldization,” where we want what we want and we want it now. It’s all about getting the bang for your buck; the price must be right and I must be “lovin’ it!” Yes, even fast food restaurants express this attitude with their marketing: “something for everyone,” “have it your way,” and “build your own…” You can even create your own religious movement!

I realize a lot of what I’m describing is general human tendencies influencing our global, consumerist societies. But it’s clear for those who have been born in (or live or travel) the US or the extent to which we embody and export this culture as our distinct way of life. With this identity has come a bold challenge to all types of authority, especially religious and institutional. Here, belonging comes before believing; sound doctrine is not as important as being ethical or nice. With moral relativism as the norm, any exclusive religious claim to know of one or the only way to God is considered intolerant and arrogant. Such a live-and-let-live policy puts Biblical truth (orthodoxy) and the historic creeds on the back-burner.

What has emerged as vital is the egoistic, existential, hedonistic, and pragmatic. In other words, what really matters is what meets my felt needs, makes me feel good, and works for me. It’s not whether it’s right or wrong, that’s just the way it is! With our supersized mentality where bigger is better, what matters now is stuff, size, and speed. As a nation of immigrants, religion the US has become a melting pot for all incoming, native faiths. Now the American public craves the next best thing—a new superhero or celebrity to make us all proud, a messiah-figure who wins all the time. We want leaders who can promise health, wealth, and prosperity in every area—especially religion. We yearn for a man, woman, or special group that can use our simplistic trust to start a new movement—a cult in the making!